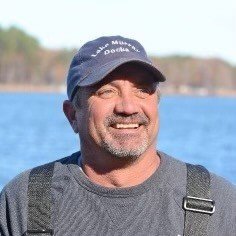 Robert Russell “Rusty” Burgess, a life-long resident of South Carolina, died unexpectedly on April 1, 2021, at the age of 58. Born in Columbia on February 21, 1963, Rusty graduated from Irmo High School with the Class of 1981. He pursued a degree in Biology from Newberry College and Appalachian State University. Rusty completed his studies in the mid-1980’s with the opportunity of a lifetime, studying DNA research in Africa with a renowned doctor.

Rusty is survived by his children, Katelyn Burgess, South Burgess, and Sunni Burgess; his mothers, Dallis Ricks and Sandra Burgess; his sisters, Sandy Senn and Donna Burgess Hegeman; his niece, Brooklyn Burroughs O’Shea; his nephew, Jacob Uricchio; and many aunts, uncles and cousins. He is pre-deceased by his father, Robert “Bob” Burgess, and sister, Ansley Senn.

Rusty's children meant the world to him, and with them, he shared his love for adventure on many road trips across the United States where many memories were made and cherished. From a very early age, Rusty was drawn to the water. Whether catfishing on the river, reeling in a shark off the coast, scuba diving, or bare-foot water skiing, Rusty’s smile was the brightest when his activities were around water; it was his comfort zone. Lake Murray is where Rusty always called home. It is where he spent much time on his house-boat, kicked back and welcoming the sunshine. His passion to blend lake-life with work-life was complete when he started his dock building company and enjoyed his “view from the office”. A prankster for life, Rusty was the first to crack a joke to make everyone laugh.  His witty one-liners and practical jokes will be missed by all.

A private funeral service with the immediate family is scheduled for April 12, 2021. A memorial service to celebrate Rusty’s life is being planned and will be announced to friends and family as details become available.

Thompson Funeral Home of Lexington is assisting the Burgess family.

To send flowers to the family or plant a tree in memory of Robert Burgess, please visit Tribute Store

Share Your Memory of
Robert
Upload Your Memory View All Memories
Be the first to upload a memory!
Share A Memory
Send Flowers