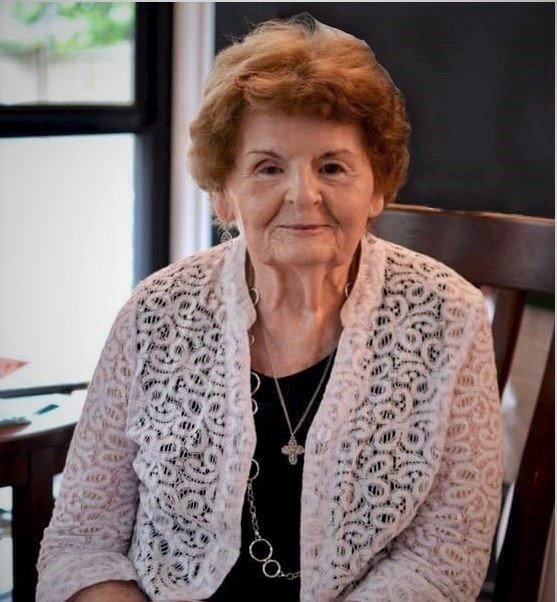 Our beloved, Elizabeth Payne Shepherd, born July 2, 1933, aged 87, died peacefully on April 1, 2021 after a short illness. Betty, a long-time resident of Columbia, SC, was the oldest daughter of the late John and Johannah (Kelliher) Payne, and was born and attended school in Washington, District of Columbia. There she met the love of her life, Lee Donald “Shep” Shepherd, who preceded her in death in 1992. In addition to her husband and parents, she was preceded in death by her sister, Joan Payne and granddaughter, Megan O’Toole.

Betty’s father died at a young age, and she was raised by her single mother along with their extended family. As the oldest daughter of the four children, she felt an extra level of responsibility for her brother and sisters. When she was in her twenties, she met a handsome man in uniform who was stationed in Washington DC. As the story has been retold, Shep’s tour was coming to an end and his request for an extension fell on deaf ears. As a last chance effort, he applied to the Bugle Corp with the Old Guard stationed at Arlington National Cemetery in order to have a little more time to properly court Betty.  The only problem? He did not play a musical instrument. In exchange for polishing everyone’s brass, his unit had him stand in the middle of the musicians and fake it. He was able to keep his musical ineptitude secret long enough to win her hand in marriage.

After they married, the US Army took Betty and Shep around the globe with time spent in Japan, Washington DC, Lexington, Virginia, Germany and eventually to Columbia, SC. By the time they arrived in Columbia, their family was complete. As her children grew, she volunteered at their schools and with other activities.

When her husband received orders for Vietnam, Betty joined the work force to keep from having too much time to worry (and for those that love her best, we know she was a worrier). She worked as a Federal employee at Ft. Jackson for many years as administrative support for the Budget Office and finished her career at the AG office as the Base Commanders Administrative Assistant. She retired from Federal Service in 1993.

Once she retired from Federal Service, she really got busy! Betty was an avid volunteer, involved in supporting her church, St. Joseph Catholic Church. She was a long time member of the St. Joseph Women’s Society and could often be found organizing and preparing meals for the bereavement committee. We wonder how many people were introduced to her amazing pecan cookies over the years. She attended many of the Deanery meetings and served as recording secretary for the SC Council of Catholic Women. In 1997 she received the honor of being named SC Catholic Woman of the Year. She volunteered for many years at Providence Hospital. Betty had a love of gardening and achieved the designation of Master Gardener. She enjoyed exploring her family tree and doing genealogy research.  If all this wasn’t enough to keep her busy, she loved to travel. In addition to many family road trips throughout the states over the years, many centered on family activities and reunions; she was able to visit many countries and destinations around the world, including: Ireland (twice), Spain, Portugal, Italy, and the Holy Land. She made a wonderful group of friends on her Holy Land trip, and they continued to keep in touch and meet as a regular Sunday book club, which she really enjoyed.

Even though she loved all of this activity, her greatest joy was spending time with her family. Whether it was a weekend at the lake house or planning the annual family Christmas sing-a-long, there was nothing she enjoyed more than being surrounded by her family. In her later years as her eyesight created many challenges for her, the hardest part was not being able to clearly see her loved one’s faces.  Her decision to move to Still Hopes in her last years was a great blessing to her; as her vision failed, it allowed her to participate in a full social life and offered a wonderful support network.

Betty was always generous of spirit and spent many hours praying for the next blessing for any of her children or grandchildren. They say when you lose someone special; you gain an angel you already know. Well, we all know Betty is keeping up the prayers and looking out for all of us as our own guardian angel. The family cannot express how much we will miss our cherished Mom, Nana and Betty. We also know she lived a wonderful life, and we will continue to celebrate the legacy of love she left us.

To send flowers to the family or plant a tree in memory of Elizabeth Shepherd, please visit Tribute Store
Tuesday
6
April

Share Your Memory of
Elizabeth
Upload Your Memory View All Memories
Be the first to upload a memory!
Share A Memory
Send Flowers