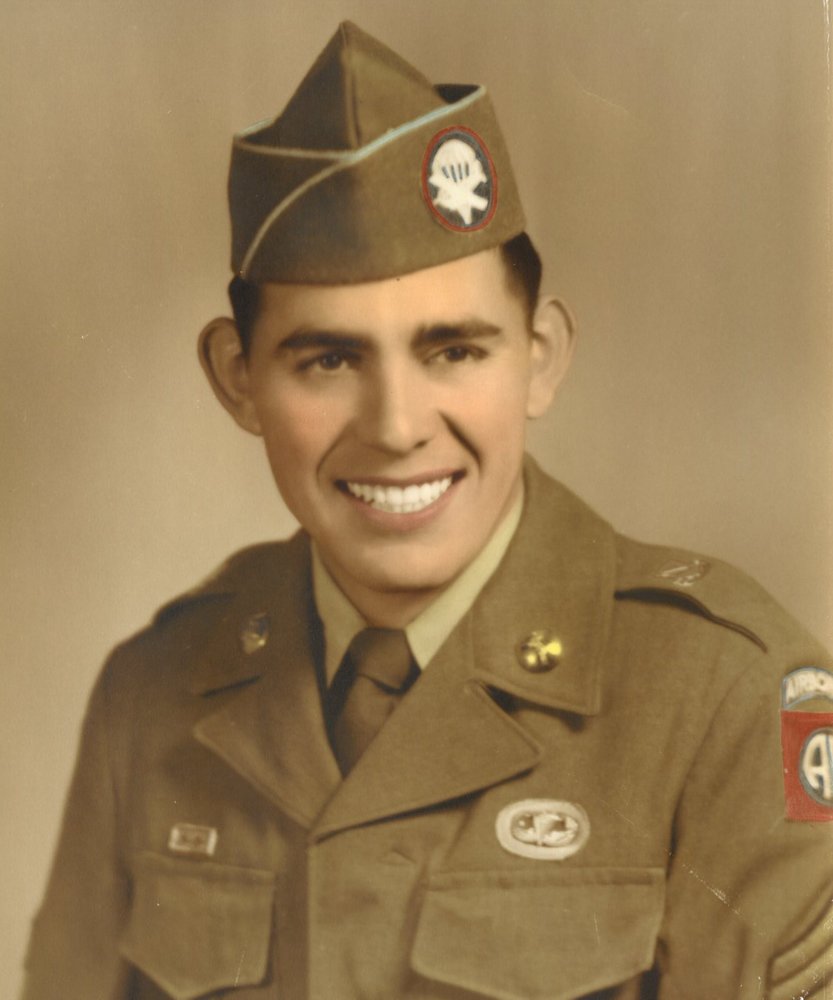 He was born on February 12, 1930 in Orange Grove, Texas to the late Alonzo Sosa and the late Angelita Bautista.

He was a charter member of the Ben Vandervoort All Airborne Chapter in Hilton Head, SC.

During his service to his country he received many recognitions some of which were - Expert Infantryman Badge 1954 & 1969, Special Forces Aidman, 1st Oak Leaf Cluster National Defense Medal 1966, Vietnam Service Medal, Republic of Vietnam Campaign Medal & his 5th Good Conduct Medal 1969, and the Bronze Star Medal 1971.

After serving his country, he was employed with Richland Memorial Hospital from 1972 to 1992 and retired as the Procurement Services Dept. Material Manager.

He was a member of Lebanon United Methodist Church.

Visitation will be held at Thompson Funeral Home 845 Leesburg Road in Columbia, SC on Friday, January 22, 2021 from 12-1pm. Funeral services will be at 1pm at the Chapel. Burial will be immediately following in Greenlawn Memorial Park.

Donations can be made to the building fund or budget for Lebanon United Methodist Church 10220 Garners Ferry Rd. Eastover, SC 29044.

To send flowers to the family or plant a tree in memory of Victor Sosa, please visit Tribute Store
Friday
22
January

Share Your Memory of
Victor
Upload Your Memory View All Memories
Be the first to upload a memory!
Share A Memory
Send Flowers