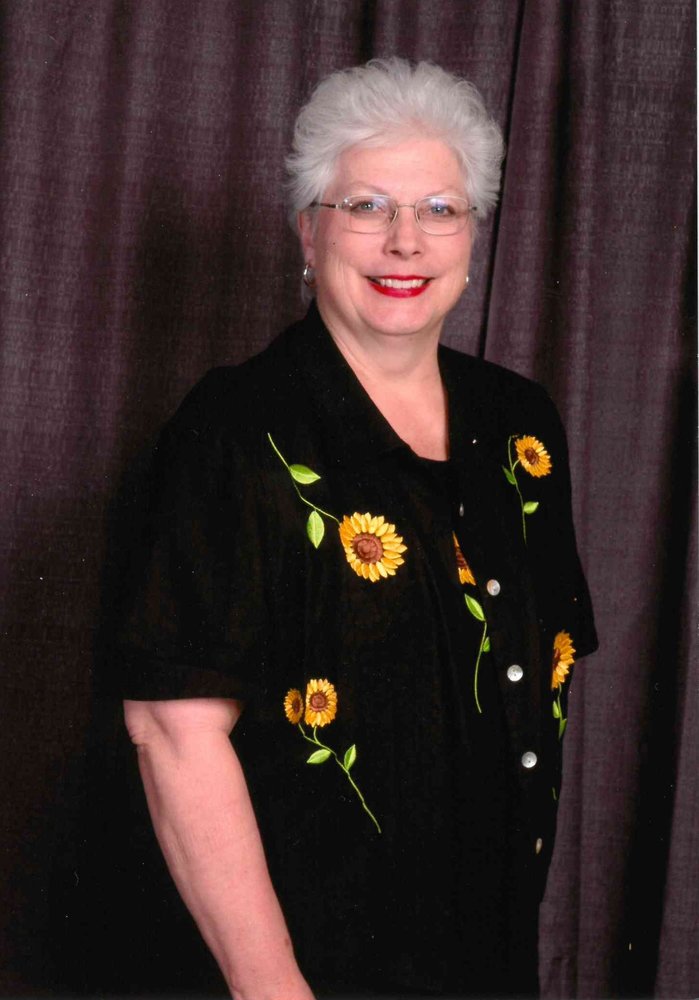 Martha Spradley Stevenson Jones the second child of James Earl and Grace Spradley ( both deceased) of Winnsboro, SC was born on 23 September 1944.  Martha started life on a farm where she learned skills and community values that followed her throughout her life until 13 January 2021 when she left her earthly life to begin her eternal life. Mr. Spradley died when Martha was two and her older brother, Jimmie, was killed when Martha was 16.  Martha was already active in her local church activities most especially the choir. Martha's mama, Miss Grace worked two jobs to provide for Martha and herself.  Martha was known as dependable and went on to win awards for "Most Dependable" in high school and nursing school. Martha started at a very young age babysitting to also provide for her necessities.  Martha was so well thought of by those who she babysat for, she was gifted a small used car to allow her to get to school and her various jobs; she so loved her little car.  Martha applied & was accepted in 1963 to the Columbia Hospital (later to become Richland Memorial) Diploma School of Nursing.  In order for Martha to be able to afford the tuition, she sold her beloved small car.  This was not the first nor last time Martha would make sacrifices to meet the needs of her church, community, friends, and most importantly her family.

On 6 November 1965, Martha married the love of her life, James Benjamin (Bennie) Jones and left her mother's Winnsboro home to move to Columbia where she worked as a Registered Nurse at the Columbia Hospital. More important to her than her job was her church membership at Asbury Methodist Church, where Bennie had been a charter member.   Martha soon became an employee of Dr. Gilbert Hogan, Family Practice.  During her 20 years of working for him, Martha had her first child Wendy.  She was advised to stop working and rest near the end of her pregnancy.  Instead a cot was brought in for her to use as needed so she would not leave Dr. Hogan short staff.  A second child, James Earle (JJ) Jones, her favorite son made her so proud when he continued and excelled on the family tradition of being a good cook that had started with Martha's own mama Miss Grace, and earned his culinary degree from Johnson and Wales.

Wendy presented Bennie and Martha with a grandson, Gage.  Gage did not make up for the loss of Bennie's 2008 death but it made it far easier for Martha to endure.  She enjoyed reminiscing about Bennie holding Gage & teaching him words from tool catalogs.   Martha loved watching Gage as he took on the challenges of learning to use his own tools, and knowing Bennie would have been as proud of Gage as she was.  Gage loved his Noog as he called Martha as much as she loved him.  Lastly came the wonder dog, Marley, who Martha denied wanting but finally admitted to Gage she dearly loved.  Marley was Martha's constant companion and protector.

COVID necessitates the funeral be limited to family.  Martha touched many lives in her life.  She went back to work at Richland Memorial in 1985 and continued in several positions until retiring in 2007. During all her years, she touched many lives as a Registered Nurse, holding hands, delivering babies, soothing away fears & anxiety.  But she also touched many lives with her work as a wedding coordinator, choir member, church garage sale coordinator, circle member & officer, church dinner coordinator, chicken salad maker & lemon square maker supreme to name just a few.  The family knows there are many who would like to pay their respects because of all she did in the community & church.  Please bow your head and say a prayer between 11:00 to 12:00 for having blessed our world with Martha.   The family will receive friends on Tuesday, January 19, 2021 from 12:30 until 1:30 at the Asbury Methodist Church on Asbury Rd.  Masks will be required. Martha so loved her church, please donate to Asbury to continue her heart felt projects in lieu of flowers.

Above all, Martha loved her family.  And while she is being missed by those who remain, take comfort knowing she has been reunited with Miss Grace and Bennie, and is celebrating her reward by singing alto in the Heavenly choir.

To send flowers to the family or plant a tree in memory of Martha Jones, please visit Tribute Store