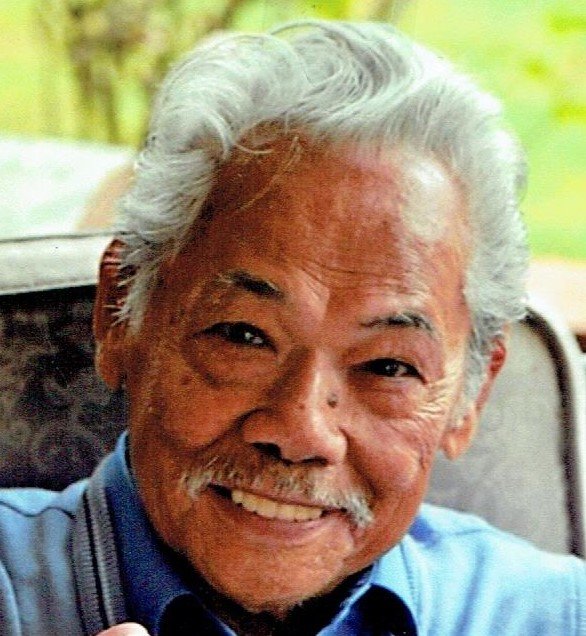 Enrique Sibucao Barlongo, 93, passed away peacefully surrounded by family on Tuesday, January 12, 2021. Born April 27, 1927 in Pangasinan, Philippines, he was the son of the late Nemicio Barlongo and the late Florencia Barlongo (Sibucao).

Ricky (or “Mr. B,” as he was so affectionately called by friends and family) immigrated to the United States by way of Hawaii, where he enlisted in the National Guard and later the United States Army. He served his country for 26 years as a drill sergeant, weapons instructor and retired with the rank of first sergeant in 1979. He was a veteran of both the Korean War and Vietnam War, earning multiple medals and awards throughout his service.

Very proud of his home, Ricky enjoyed working in his yard, a hobby which earned him multiple community "Yard of the Month" awards over the years. He loved entertaining friends and family, hosting cookouts and pool parties. He was often found sunbathing by the pool, working on his tan. A skilled carpenter, he created many outdoor structures for his friends and family to enjoy.

He was preceded in death by his parents, two brothers and a daughter, Nina Barlongo.

The family extends deep gratitude to the amazing staff of Agape Care for their loving support in recent months. In lieu of flowers, gifts can be made in honor of the family to Hospice and Palliative Care Foundation — online at http://www.hpcfoundation.org/donate or by mail to: Hospice and Palliative Care Foundation, P.O. Box 151, Drayton, SC 29333.

A visitation is planned for Friday, January 15, 2021 from 6 – 8 p.m. at Thompson Funeral Home in Lexington, SC. A burial with military funeral honors at Fort Jackson National Cemetery will be scheduled at a later date.

To send flowers to the family or plant a tree in memory of Enrique Barlongo, please visit Tribute Store
Friday
15
January

Share Your Memory of
Enrique
Upload Your Memory View All Memories
Be the first to upload a memory!
Share A Memory
Send Flowers