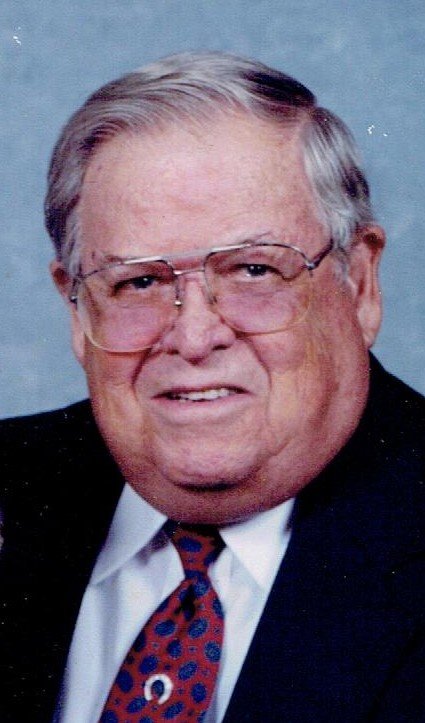 Harold E. Thompson, 97, was called home to be with his Lord and Savior, Jesus Christ on January 11, 2021 while at home with his family.

Born on April 10, 1923 in Maysville, GA, Harold was the son of Emory Ford Thompson and Lila Mae Porter Thompson. The family relocated to Spencer, NC, where he graduated high school and worked at Duke Power before being called into military service during WWII. Harold served with distinction earning the EAMET Campaign ribbon with 5 Bronze service stars, the Good Conduct medal and the Bronze Star for service during the Battle of the Bulge in Europe. After the war, he returned home to marry his sweetheart, Dorothy Marie Poole. Not having their own car, the young couple took the bus to Columbia, SC where they began a life together that spanned 73 years. After learning the watchmaker trade, Harold started business in Columbia as TOT Jewelers and became a prominent merchant on Columbia’s Main Street. He and Dot were faithful active members at Main Street UMC from their arrival in Columbia until health limited their attendance. In leisure time, he and Dot enjoyed going to Surfside Beach, where Harold loved getting out to fish with friends in the open water.

Harold is survived by his daughter, Karen (Steve) Robertson; grandchildren: Kristy (Anthony) Quattrone, Grant (Jessica) Robertson; and great-grandson, Raymond Anthony Quattrone; as well as many nieces and nephews. He was preceded in death by his wife, Dorothy, his parents, his brothers: Richard, Ryland, Rene and Myron. Due to COVID, the family will have a private service for Mr. Thompson.

To send flowers to the family or plant a tree in memory of Harold Thompson, please visit Tribute Store

Share Your Memory of
Harold
Upload Your Memory View All Memories
Be the first to upload a memory!
Share A Memory
Send Flowers