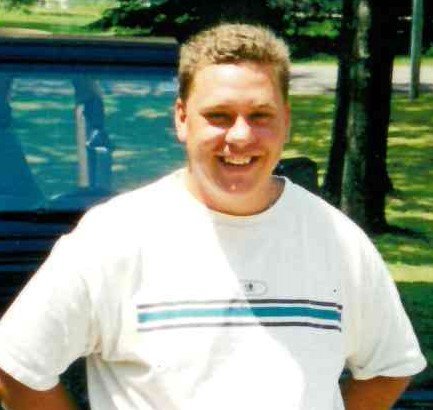 Russell Mathew Smith (aka Rusty) passed away Thursday, November 12, 2020, in the company of loved ones after his long battle with cancer. He was 47 years old and lived in Columbia, SC.

Russell was born April 15, 1973 to Bill Smith and Patricia Clancey. He was raised in Battle Creek, MI, graduated from Harper Creek High School, and continued onto Coastal Carolina University where he received a Bachelor’s Degree. He loved sports and had a long career in Parks and Recreation.

When he was 18 years old, Russell moved to Myrtle Beach and would find his adult home in the state of South Carolina. He later moved to Rock Hill where he met his loving wife, Shannon Allison. They were married in Columbia on February 7, 2020.

In place of flowers you can donate to the American Cancer Society in the name of Russell Smith, 5003 Trenholm Road, Columbia SC.

To send flowers to the family or plant a tree in memory of Russell "Rusty" Smith, please visit Tribute Store
Tuesday
17
November

Share Your Memory of
Russell "Rusty"
Upload Your Memory View All Memories
Be the first to upload a memory!
Share A Memory
Send Flowers