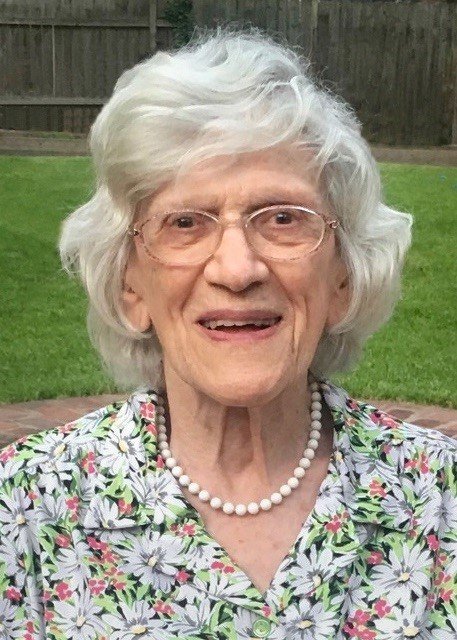 Mary Angeline Stephens Rogers, of Columbia, died peacefully on May 21, 2020, three weeks shy of her 100th birthday, leaving behind numerous family, relatives, and friends whose lives are richer for having experienced her fierce loyalty and grace-filled love.

She was born and raised in Charlotte, N.C., by F. Dwight Stephens, Sr., and Mary Clifton Hunter Stephens.  It was while working in the accounting offices at Southern Bell in Charlotte that she met Ernest Paul “Chick” Rogers, who became the love of her life and whom she still missed and adored 25 years after his death in 1995.  Chick and Mary were wed in 1947 and shortly afterward moved to Columbia to help establish Southern Bell’s new state headquarters offices in South Carolina.

Mary stepped down from her position at Southern Bell and focused her time and energy on caring for and raising her growing family.  She was known as a gracious hostess, an outstanding cook, an impeccable bookkeeper, and an unflagging coach and cheerleader for her children, grandchildren, and great-grandchildren.  Over the years, she was actively involved in the life of the churches where she was a member, particularly Covenant Presbyterian, Northeast Presbyterian, and Forest Lake Presbyterian.  She served in a number of roles, such as financial secretary and choir member, participated in a variety of groups and was particularly devoted to her women’s group at Forest Lake Presbyterian, and enjoyed preparing meals for ministries like the Columbia Women’s Shelter.  But most importantly, she lived out her faith in her actions and in the way she treated others with respect and dignity.  It was an invaluable lesson that has shaped the lives of her children and left a lasting impression on all who are a part of her legacy.

The family will have a private graveside service and will schedule a memorial service for a later date yet to be determined.  In lieu of flowers, memorial gifts may be made to either Forest Lake Presbyterian Church, 6500 North Trenholm Road, Columbia, S.C. 29206, or to the Columbia Women’s Shelter, 3425 North Main Street, Columbia, S.C. 29203.

To send flowers to the family or plant a tree in memory of Mary Angeline Rogers, please visit Tribute Store