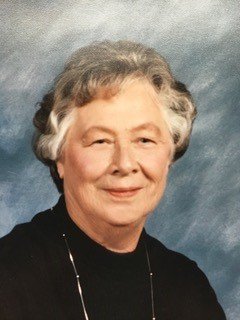 Columbia—Edith Rucker Meyers, 89, of Columbia passed away Saturday, May 9, 2020. Edith was born May 4, 1931 in Swansea, the youngest child of Daniel and Kathleen Rucker. She was married to Fred W. Meyers, who preceded her in death.

Edith was a loving wife, mother, grandmother, and friend who always had a kind word for everyone. She was happiest when spending time with her family. An accomplished artist, she was widely known for her pecan-resin Santa Claus figurines. Edith was an avid gardener who could grow anything anywhere, including Georgia's red clay, while living in Atlanta when Fred attended Georgia Tech and Lake Murray's rocky soil. She was a life-long member of the United Methodist Church, while in Chattanooga, TN, taught Sunday School and was a Girl Scout leader.

Due to the Covid-19 Pandemic, a private graveside service for immediate family will be held at 2:00 p.m. on Wednesday, May 13, 2020 at Andrew Chapel United Methodist Church cemetery in Swansea.

Thompson Funeral Home of West Columbia is assisting the family.

To send flowers to the family or plant a tree in memory of Edith Meyers, please visit Tribute Store

Share Your Memory of
Edith
Upload Your Memory View All Memories
Be the first to upload a memory!
Share A Memory
Send Flowers