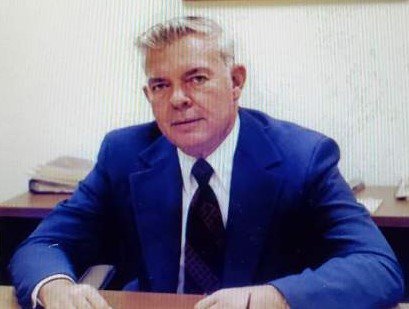 Marvin’s father was a share cropper.  At the age of 17, Marvin joined the US Marine Corp and was sent to boot camp at Parris Island, SC.  From there he was transferred to Camp Lejeune, NC for more training.  He was assigned in the machine gun platoon where he excelled.  From Camp Lejeune, he was transferred to Hawaii.  Aboard ship, he was then assigned to the 6th Division, C Company, 1st Battalion, 4th Marines.  Next, he entered the Battle of Okinawa and worked to secure the island.  From there, he was with the troops who went into occupied Japan.

After WWII, he was stationed at the Naval Base in Charleston, SC, then to Quantico, VA as an instructor at Officer’s Training School.  He transferred back to Charleston when he received orders to go to Korea.  He went into Korea at Inchon and fought in the Chosin Reservoir where they spent 40 days with the temperatures at 42°F below zero.  He was awarded the Bronze Star (with V Device).

From there, he returned to Parris Island where he became a senior drill instructor.  Additional transfers took place to Camp Lejeune, NC, Jacksonville, FL Naval Air Station, and then back to Okinawa for 13 months.  Marvin returned to Camp Lejeune for eight months before being sent to Albuquerque, NM as an NROTC Instructor at the University of New Mexico for three years.  A six-month tour of maneuvers in the Mediterranean was next before returning to Camp Lejeune one final time before retiring from the military.

Marvin went to work as a patrolman at the University of SC in Columbia.  After three years, he was selected to form security for the newly built Carolina Coliseum.  Under his direction, he received numerous letters of appreciation for his security detail for the acts that performed at the Coliseum (including Elvis, Ringling Brothers’ Circus, and Eddie Arnold).  Elvis stated Marvin’s group provided the best security detail in the US.  Ringling Brothers’ Circus praised Marvin for allowing them to shelter their elephants in the basement of the Coliseum due to the extreme cold that winter, thus instituting the famed “Elephant Room” and annual elephant walk from the train to the Coliseum.  He was soon promoted to Chief of Police for USC, which occurred at the time of student protests (race riots and Vietnam War).  He received two awards from the Governors.  Eventually, he was transferred to Coastal Carolina before retiring.

To plant a tree in memory of Marvin Harrelson, please visit Tribute Store

Share Your Memory of
Marvin
Upload Your Memory View All Memories
Be the first to upload a memory!
Share A Memory
Plant a Tree