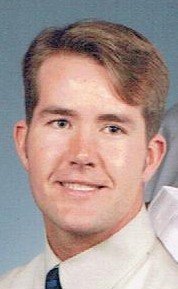 Lee was a 1990 graduate of Brookland-Cayce High School where he was an outstanding football player.  He also was a graduate of Midlands Tech with a degree in Criminal Justice.  Lee served with the Richland County Sheriff's Department and also did security work along with dog training.

He was happiest outdoors and surrounded by animals. He rescued countless dogs and would never let one end up in a shelter if he could help it. In addition, Lee was a devoted son who spent the last years of his life caring for his parents despite fighting his own battle against cancer.  He was also a loving brother and uncle---called "Uncle Awesome" by his niece and nephew, for whom he traveled often to attend their sports and activities.

In addition to his mother, Lee is survived by one brother, Francis Alvin "Al" Taylor Jr. (Wendy); his niece and nephew, Alexandra and Ethan, as well as in the memories of his numerous friends.

A memorial service will be held at a later date.

In lieu of flowers, the family requests donations to Lexington Medical Center, who provided excellent care during his battle.

Share Your Memory of
Edward
Upload Your Memory View All Memories
Be the first to upload a memory!
Share A Memory
Plant a Tree