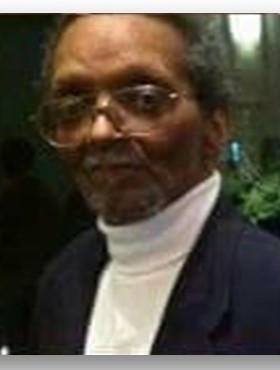 Mr. Levone Mason was born on March 5, 1942, in Kinston, North Carolina. He was the youngest child of the late Joseph Mason and Margaret Leacraft Mason. He departed this life on Tuesday, January 14, 2020.

He lived in Kinston, North Carolina until he was eight years old, and then moved to New York City. He moved with his aunt, Vivan Shepard and her husband, James Shepard after his mom died. They lived in the Bronx, New York. Levone was educated in the public schools in Kinston, NC. He attended Swansboro Elementary and Georgetown High School.

He met and courted Cynthia Butler, whom he married on August 17, 1962. From this union two beautiful daughters were born, Gwendolyn LaVerne Mason, January 2, 1964, and Andrea Patrice Mason, April 29, 1967; and Levone’s daughter, Selena Houtman, August 18, 1960, from a former relationship. They lived and raised their two youngest daughters in Soundview Houses in the Bronx. Once the children left the nest, Levone and Cynthia moved to Fteley Avenue in the Bronx.

Levone worked as a laundry technician and then pursued a career as a New York City Peace Officer. He worked there for many years until he got injured. Their youngest daughter, Andrea passed, so he and his wife took over raising her three children, Cedric, Robert, and Crystal Mason on Fteley Avenue. After an unfortunate fire burned down their home, they decided it was time to relocate to Columbia, South Carolina. They moved closer to their oldest daughter, Gwendolyn LaVerne Demby and her husband Lawrence Edward Demby Jr.

Levone was preceded in death by his parents, Joseph and Margaret Mason; his brothers, Joseph Jr. and Jack Mason; his daughter, Andrea Mason; his nephew, Kevin Mason; his Aunt Vivian and Uncle James Shepard.

Mr. Levone Mason leaves to mourn his passing: his daughters, Gwendolyn LaVerne Demby and Selena Houtman; his son-in-law, Lawrence Edward Demby, Jr.; his grandchildren, Nicole, Starr, Lawrence III, Cashiya, Yolanda, Cedric, Robert, Jory, and Crystal; twenty-three great-grandchildren; his nephews, Kenneth Mason, Charles, Colin, Cris, Caiel Guerrero; his cousins, Milton Moore, Yvonne Quick, Aaliyah Muhammad, Jean Anderson, Ralph and Renee Johnson; and his sisters-in-law, Margaret Mason, Genise Guerrero, Shaunee Butler, and Renee Butler-Ortiz. He also leaves a host of great-nephews and great-nieces; our extended families, the Waddler’s, the Gresham’s, the Wooten’s, the Boyd’s, the Parish’s, the Harris’, the Hines, the Carroll’s, the Bryson’s; and many other loving relatives and caring friends, all of whom will all miss him dearly.

To send flowers to the family or plant a tree in memory of Levone Mason, please visit Tribute Store
Friday
24
January

Share Your Memory of
Levone
Upload Your Memory View All Memories
Be the first to upload a memory!
Share A Memory
Send Flowers