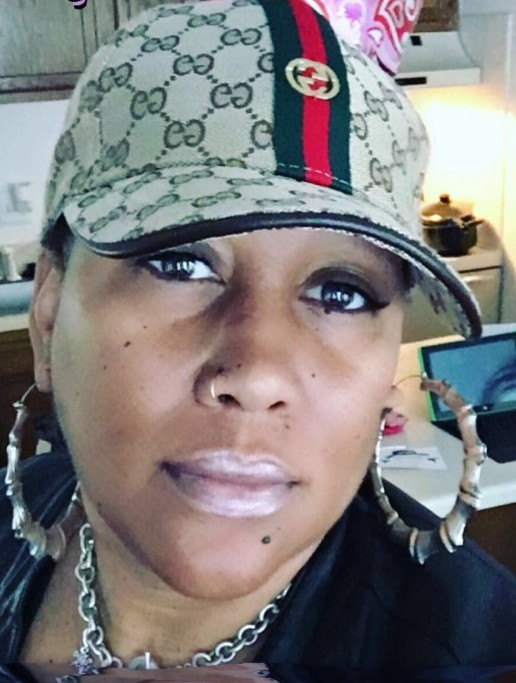 On December 29, 1972 at 812 North 20th street in Philadelphia, Pennsylvania (city of “Brotherly Love”) in Saint Josephs Hospital by the late and great David Raymond Selby and currently living Juanita Beatrice Selby began the legendary makings of Mara Elvira Selby. Mara is the baby of 14 siblings in total.

Marli, Marlo, Face, Six, Mara Brown and Bo was a true gift to mankind. Just straight ole fashion, down to earth Smart, intelligent, gifted, skillful, mindful, she was an Earth Angel. Just ask anybody. I mean anybody, especially those who knew her.

She gave birth to two very sweet and loving children. Her first was Destinee Harper and later on she had Rah Seth Selby. Mara is the proud grandmother of Raegan ‘aka’ Nu Nu whom she adorned and lived her life vicariously thru. Marli’s siblings from eldest to youngest; Sandy, Adrienne, Yvonne, Demetrious, Kevin Leslie, Lorenzo, Pamela, Corita, Yolanda, David, Juanita, Derwood, and Kay.

Mara joined the military in 1992. Specialist Mara Selby proudly served her country and received many honors during her enlistment. She received honorable mention after receiving her diploma taking the NCO Defense course in the Army. She received a certificate of appreciation from the United States Army Training Center at Fort Jackson, South Carolina. She received the National Defense Service Metal, as well as The Army Service Ribbon. She made Marksmen and received a Marksman Badge for the M16 rifle while qualifying. She worked as a Unit Supply Specialist during her 2 years and three months with the military in which she served proudly.

After her tour in the service Mara had always loved to help people. She committed herself to the Healthcare Industry and decided to go into Surgical Technology where she became an Operating Room Technician. She worked as a Traveling Technician for many years. Some of her duty locations where in Virginia, Pennsylvania, New Jersey, and South Carolina. Mara stood out from the crowd and danced to the beat of her own drum. In her life span she left a void that can never be filled again. She received many awards and honors that would take up so much more time, but here are a few. Delaware Technical Community College presents an Academic Achievement Recognition to Mara for the Spring of 2018. Phi Theta Kappa Honor Society inducted Mara as a member in May of 2018. The American Center for Technical Arts & Sciences awarded Mara a Diploma for successfully graduation of Surgical Technology Program June 2002. Mara attended Fortis Nursing School in Columbia, South Carolina where her plans were to become a RN. Her life displayed and taught us all so very much. Being the baby girl has engulfed so much wisdom and knowledge in her that we all depended on her for advice with our life’s problems, in which she took time to answer.

Mara was referred to by her Car Club “Changing Lanes” in Augusta, Ga. as “Six” due to her height. One of her favorite passions was for sports cars. Mara Elvira Selby will forever be cherished, loved and truly missed by so many. Her legacy will continue to live and play a major role in the lives of all that came in her path. Mara is a child of God for many years and from the words of her very own mouth she said “I AM Truly HAPPY”.

Unfortunately there is a monster out there called Cancer that reaps havoc to all peoples life. Her battle was a long and hard one in which she courageously, battled head on like a true champion. Mara my beloved, worry no more, rest in peace and may God comfort you and keep you until we can be together again. Mara passed away on January 3, 2020 at the age of 47.

To send flowers to the family or plant a tree in memory of Mara Selby, please visit Tribute Store

Share Your Memory of
Mara
Upload Your Memory View All Memories
Be the first to upload a memory!
Share A Memory
Send Flowers