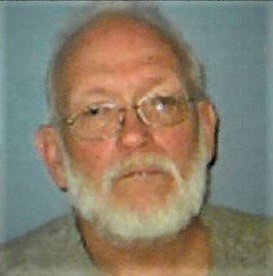 Harley Howard Flanagan, Jr.  67 , of Gaston , South Carolina  passed away December 19, 2019  at Lexington Medical. He was born on October 15, 1952  in Fort Campbell , Kentucky to the late CSM Harley Howard Flanagan, Sr. and Edna  Gaye May Flanagan. He was a graduate of Lower Richland High School c/o 1970, where he played in the marching band. After the completion of high school, Harley served in the United States Army as a clarinet instrumental player. He was promoted to Specialist (E4), before receiving an Honorable discharge, after 3 years of service.

Harley is survived by his sister; Tina F. Ellis(Joey) of Hopkins, SC and his nephews, Brett J. Ellis and Owen P. Ellis of Columbia, SC and Matthew G. Ellis of Hopkins, SC.

He was preceded in death by his sister, Elizabeth and brother, Charles.

Services will be announced at a later date.

To send flowers to the family or plant a tree in memory of Harley Flanagan, Jr., please visit Tribute Store

Share Your Memory of
Harley
Upload Your Memory View All Memories
Be the first to upload a memory!
Share A Memory
Send Flowers