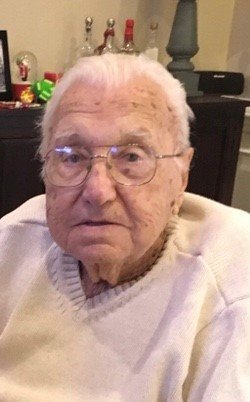 A native of Ohio, he enrolled at the University of South Carolina after service in World War II and earned six letters in basketball and baseball before launching a coaching career to treasure.

He guided teams to state championships in four sports, earned National High School Boys’ Coach of the Year in 1986, received the Order of the Palmetto in 2018, was honored by governors and legislators, and was inducted into two halls of fame.

Szakacsi starred in football, basketball and baseball at Harding High in Fairport Harbor, Ohio, and played freshman football at Ohio University before being drafted into the U.S. Army and serving four years during World War II.

After graduation in 1951, his hall-of-fame coaching career began at University High, a school located on the USC campus. He made an immediate impact, guiding the Bantams to the City Basketball Championship in 1951. He coached basketball at University from 1951 until the school closed in 1966 and his teams forged a 268-54 record. The Bantams won three state championships, three City titles and nine regional championships.

At Heathwood Hall 1980-88, his teams won state football, basketball and baseball championships in his first year. He added his 500th and 600th basketball victories during his stint at Heathwood Hall, where his basketball teams compiled a 110-67 record.

Cy moved to Cardinal Newman High in 1988 to head the baseball program, and his first team added to his collection of state championships.

Along the way, he coached all-star games, was inducted into the South Carolina Athletic Hall of Fame and the South Carolina Coaches’ Hall of Fame, was named teacher of the year at University High (1956) and A.C. Flora (1974), officiated high school softball, baseball and basketball games for 35 years, instructed at Frank McGuire’s basketball camps and coached the American Legion Post 6 baseball team.

In recognition of his achievements, Gov. Carroll Campbell declared Feb. 2, 1988 as “Cy Szakacsi Day” in South Carolina. On Feb. 17, 2018, he received the Order of the Palmetto, the state’s highest civilian honor that recognizes lifetime achievement and service to South Carolina. State representative Beth Bernstein made the presentation on behalf of Gov. Henry McMaster.

We would like to thank Jim Joye for his friendship and the many meals he brought to him over the years while he still lived at home.

A celebration of his life will be held at a later date.

To send flowers to the family or plant a tree in memory of John "Cy" Szakacsi, please visit Tribute Store

Share Your Memory of
John "Cy"
Upload Your Memory View All Memories
Be the first to upload a memory!
Share A Memory
Send Flowers