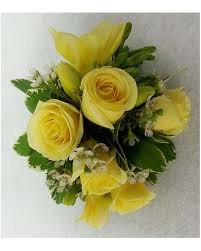 Katie Brasington, 70, of Columbia, SC passed away November 4, 2019 after a brief battle with cancer at her daughter's home, with her daughters by her side. She was born on March 26, 1949 to the late Jesse Roy Blanchard and Evelyn Hair Blanchard.

She has now reunited with her husband, Mike Brasington; her brother, Monty Blanchard and granddaughter, Madison Leavitt.

In lieu of flowers, memorials may be made to the American Cancer Society or Sister Care of Columbia.

A memorial service will be held on Thursday, November 7, 2019 at Thompson Funeral Home at Greenlawn Memorial Park at 11 am. The family will receive friends and family after the service at Andi Pearman's home.

Family and friends may sign the online guest book at www.thompsonsfuneral.com.

To send flowers to the family or plant a tree in memory of Katie Brasington, please visit Tribute Store
Thursday
7
November

Share Your Memory of
Katie
Upload Your Memory View All Memories
Be the first to upload a memory!
Share A Memory
Send Flowers