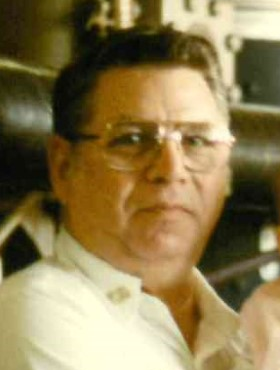 Stanley W. Kyzer, 91, of Columbia, South Carolina, passed away Thursday evening, October 17th 2019, in his home. He was born January 31, 1928, in Columbia, South Carolina, to the late Madison Stanley Kyzer and Lessie Mae Hall. Stan, in his late teens, enlisted in the United States Merchant Marines and continued on to serve in the Marine Corps with the 1st Marine Aircraft Wing which was stationed in China following WWII. Following active service he continued on in the Marine Corps Reserves, being called up during the Korean conflict as a firefighter located at Camp Pendleton. Stan dutifully ended his service to the United States of America retiring as a Staff Sargent. Stan started his firefighting career while in the Marine Corps Reserves and worked for the City of Columbia Fire Department for 42 years, working at every Station House in the city. Stan was a Driver-Engineer for 15 years and ultimately retired as Fire Captain.

Strong in his faith, Stan served his church faithfully as an Ordinance worker for 12 years at the Church of Jesus Christ of Latter-Day Saints Temple. Stan also was an avid USC Gamecock Baseball fan, never missing a game.

The family will receive friends at The Church of Jesus Christ of Latter-day Saints, 4440 Fort Jackson Blvd., Columbia, SC 29209 on Thursday, October 24, 2019, from 12 to 1 p.m. with the funeral service immediately following. Interment will follow at Greenlawn Memorial Park with military honors.

To send flowers to the family or plant a tree in memory of Stanley Kyzer, please visit Tribute Store
Thursday
24
October

Share Your Memory of
Stanley
Upload Your Memory View All Memories
Be the first to upload a memory!
Share A Memory
Send Flowers