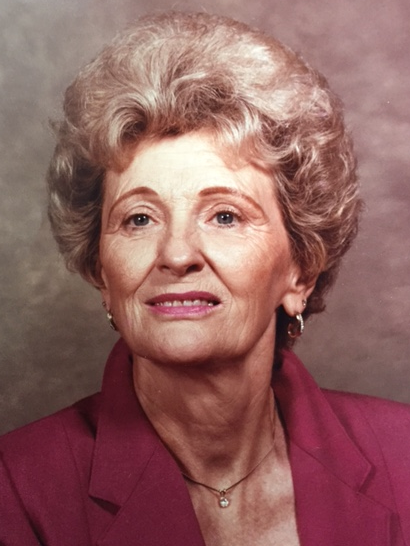 Wilma Gay Barlow passed over to her heavenly life at the age ninety five Friday morning October 11, 2019. She was born on the family farm in Bulloch County, Georgia on August 22, 1924 to Benjamin and “Fanny” Driggs Gay and was one of nine children.  She married Walter A Barlow in December 1945 prior to his deployment for a three year tour of duty in the Pacific Theater in WW II. She remained an army wife for the next thirty years moving her young family to many worldwide postings that included six years in Japan and three years in Germany.

“Billie”, as Wilma was called, began working as a sales clerk at the Fort Jackson PX in 1958 and ended her career with retirement from the Army and Air Force Exchange Service as an international senior fashion buyer living the last four years of her career in Munich, Germany. She was a long time member of Rosewood Baptist Church.

She was predeceased by her parents and her eight brothers and sisters. Survivors include her sons, Walter A Barlow Jr. (Caroline Taylor Barlow deceased) of Leesburg, Florida and William F Barlow (Kay Henderson Barlow) of Columbia, SC; five grandchildren and ten great-grandchildren.

Thompson Funeral Home Leesburg Rd is assisting the family.  In lieu of flowers, memorials may be made to Oliver Gospel Mission, 1100 Taylor Street, Columbia, SC 29201.

To send flowers to the family or plant a tree in memory of Wilma Barlow, please visit Tribute Store
Monday
14
October