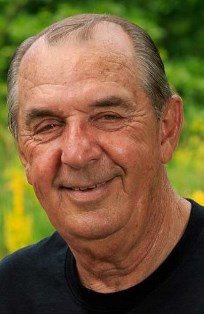 Robert Dale Barnett, 72, of Lexington, husband of Susan Beryl Wattenbarger Barnett passed away Wednesday, July 31, 2019. He was born on September 2, 1946 in Knoxville, Iowa to the late Robert Francis Barnett and Dorothy Ellen Tunnell Barnett. He graduated from Saydel High School in 1965. After graduation, he enlisted in the Air Force and completed his obligation in 1969. After a brief civilian break, he joined the IAARNG in March 1975 and remained until October 2002 when he transferred to the SCARNG, where he served until his retirement in September 2006. MSG Barnett successfully completed over 34 years of military service.

Bob loved to play golf! In fact, one thing that attracted him to South Carolina was what he called YRG, "year round golf". He was a member of the Mid Carolina Club for a number of years and also enjoyed playing courses all over the state. He spent many happy hours playing golf with his son, grandsons, and many golfing buddies. Bob came from a very musical family and enjoyed playing his guitar and singing, especially at family reunions. Bob was a good man who was deeply loved by his family. He had many friends and was a blessed with a few friends who really became family.

In addition to his wife he  is survived by three children, Corey Barnett (Julie), Nicole (Barnett) Sampson (David) and Jeremy Olson (Heather); two brothers; and one sister; ten grandchildren; one great grandchild; nine nieces and nephews; an aunt and uncle, cousins, and a large extended family.

In lieu of flowers, the family suggests sending memorial contributions to the Veterans charity of your choice.

To send flowers to the family of Robert Barnett, please visit Tribute Store

A celebration of life reception

A celebration of life reception will also be held

Share Your Memory of
Robert
Upload Your Memory View All Memories
Be the first to upload a memory!
Share A Memory
Send Flowers