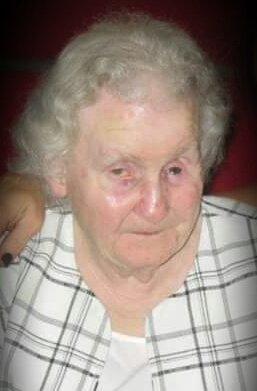 A Celebration of Life service for Ruby Baughman Bryant, 76, of Latta, formerly of West Columbia, will be held at 3:00 p.m., Thursday, June 7, 2018 in the Chapel of Thompson Funeral Home of Lexington, 4720 Augusta Road, Lexington. Pastor David Spires and Reverend Ted Bryant will officiate. The family will greet friends for one hour prior to the service at the funeral home.

Ruby passed away Monday, June 4, 2018 at her home in Latta. Born in Lexington, she was a daughter of the late Paschal C. Baughman and Gladys Jeffers Baughman. She was a graduate of Cedar Springs School for the Deaf and Blind in Spartanburg. She began working for the SC Commission for the Blind as a Vending Stand Operator shortly after graduation, and she worked there until her passing. She was a lifelong member of the National Federation of the Blind, and the South Carolina Federation of the Blind.

Ruby was a tireless advocate for the blind community on both a state and national level. She was the Chairperson for the SC Blind Vendors (BEP), and she was the Area Representative for the Florence, SC Chapter of the BEP. She was a loving, amazing and inspiring mother, grandmother, great grandmother and sister who will be missed by all who were privileged to know her.

In lieu of flowers, memorials may be made to the Federation Center of the Blind of South Carolina, 119 S. Kilbourne Road, Columbia, SC, 29205.

A Celebration of Life