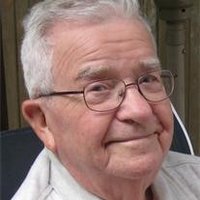 Howard L. Chappell The graveside service for Howard L. Chappell, 90, of Schaumburg, IL ,will be held at 1 p.m., Saturday, April 30, 2011 at Greenlawn Memorial Park, 845 Leesburg Road, Columbia, South Carolina, 29209. Born in Carlinville, IL on November 4, 1920 to Charles and Lucy Joy Chappell, he passed away April 21, 2011 in Schaumburg, IL. Mr. Chappell lived a full and exciting life. After having grown up both on a farm and in the small Illinois town of Jerseyville, he received his undergraduate degree from the University of Illinois at Urbana-Champaign. Later, he received his law degree from the University of Kansas City and passed the Missouri Bar in 1950. During WWII, he was a Captain in the United States Army Air Corps, as well as a decorated bomber pilot who flew 53 combat missions in the North African theater. After WWII, he became an airline pilot for TWA. A few years later, he was accepted into the Federal Bureau of Investigation and made a career as an FBI agent in New York City, retiring after 21 years. After moving to Columbia, South Carolina, he began a second career as a Special Investigator for the South Carolina Attorney General and, subsequently, the South Carolina Supreme Court. Mr. Chappell had an array of hobbies that included electronics, model sailboats, and chess. He also was an avid model airplane competitor, where he built planes from scratch and won numerous awards. In his later years, he was renowned for his segmented wood turnings, where he designed and created dozens of bowls and plates, several from well over one thousand pieces of wood. He will be greatly missed by his friends and family. His survivors include his children, Bonnie Ticano, and James (Catherine) Chappell; grandchildren Scott Ticano and Tyler Chappell; great-grandchildren Katherine Ticano and Nicholas Ticano, and sisters Ruth Warner and Caryl Lyles. Mr. Chappell was preceded in death by his loving wife of sixty-three years, Claudia Brown Chappell; his parents; sisters Maxine Cummings and Dorothy Schmidt; and brother, Melvin Chappell.