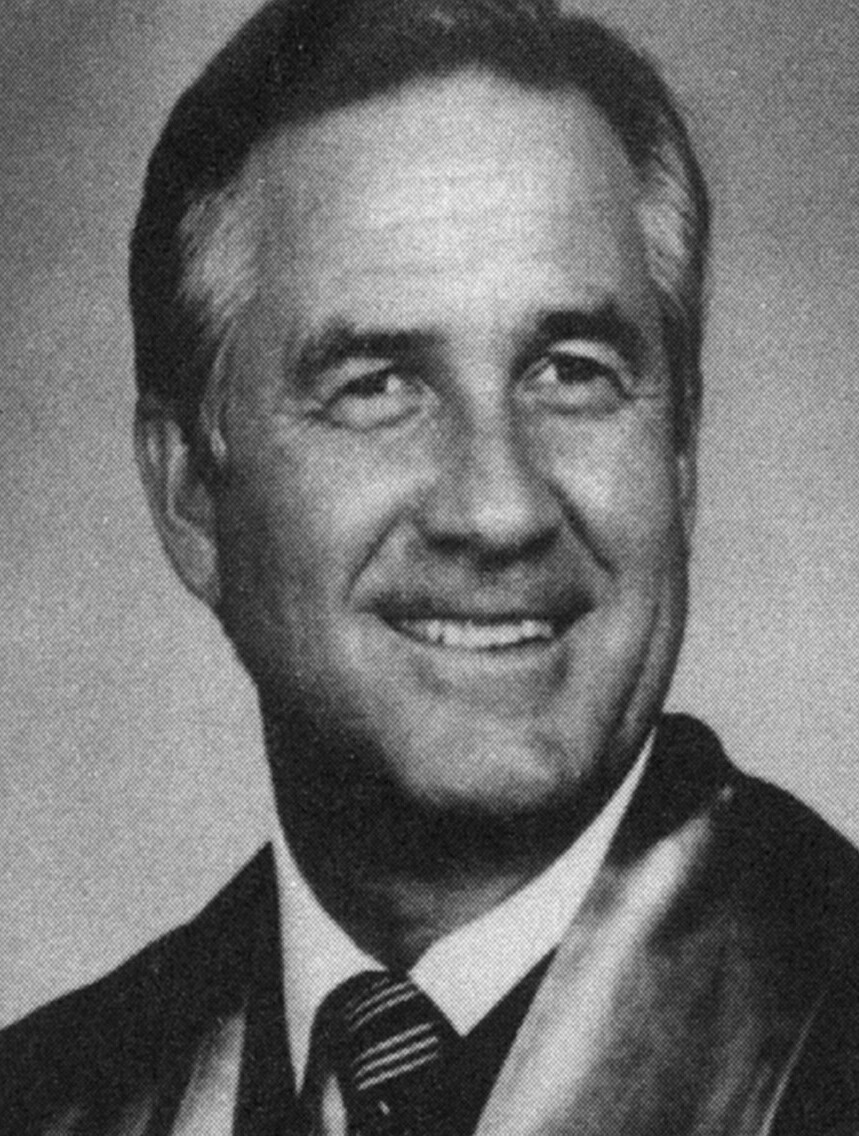 The Reverend Phil Mace Jones, retired United Methodist Minister, died on April 3, 2022. Funeral services will be held at 1 p.m. on Thursday, April 7, 2022, at Shandon United Methodist Church, Columbia, South Carolina, and will be conducted by The Rev. C. E. Smoke Kanipe, Jr., and The Rev. Dr. Bill Bouknight. Visitation with the family will follow the service. The private entombment will be in Greenlawn Mausoleum.

Phil was born on January 16, 1930 in Gresham, South Carolina. He was a son of the late J. Frank and Foye Harrelson Jones. He was a graduate of Brittons Neck High School, a 1951 graduate of Wofford College and a 1955 graduate of Emory University where he received his Master of Divinity degree. While at Wofford he was elected to the Senior Order of Gnomes, Blue Key, Who's Who in American Colleges and Universities, Pi Gamma Mu, and National Honor Society of Social Science. He was the recipient of the James H. Carlisle Oratorical Award and member of the International Relations Club. Phil received the distinguished service award from Wofford in 1957. While at Wofford, he also was a member of the literary society and served as President of the Student Christian Association. He also served as a Trustee of Wofford College from 1972-1984. The George Washington Honor Medal was awarded to him from the Freedoms Foundation at Valley Forge on April 10, 1981. It was his privilege to serve as Chaplain for a Day in the United States House of Representatives while Tip O'Neil was Speaker of the House.  Rev. Jones was a Founding Member of the Tuomey Foundation at Tuomey Hospital in Sumter, SC.  He was also on the board of the L. O’Neill Trust Fund that helped students attend college.

Phil served churches for over 45 years across the state. Churches served were: St. John's in Rock Hill, McKendree in Atlanta, GA, St. Matthews in Greenville, Trinity in Newberry, Woodford, Victor in Greer, Simpsonville, St. Johns in Batesburg, Aldersgate in North Charleston, Bethel in Charleston, Trinity in Sumter, and Bethune Charge. He also served as Interim Pastor of Lake Marion Baptist Church in Santee for one year. During Phil's ministry he was elected to both the General Conferences and Jurisdictional Conferences of the United Methodist Church by his comrades in ministry.

Phil is survived by his wife of 69 years, Gloria Wilson Jones, who was his strong help-mate and support throughout his life and ministry. He is also survived by his daughter Kathy (Robert) Lentz of Columbia and their children Katie (Adam) Webb of Charleston and Mark (Ashley) Lentz of Charleston; son, Philip (Cindy) Jones of Greenwood and their children, Callie (Paul) Brigham of Batesburg and Jason Crawford and his children, Carter, Colby and Corin of the Columbia area; son, David (Myra) Jones of Mt. Pleasant and their children, Jonathan Jones of Mt. Pleasant and Richard Bryant of James Island, and their grandchildren, the children of Chrissy Helfenstein (deceased), Tucker, Tanner and Toby Starnes of Pelzer, and Taylor Helfenstein of Mt. Pleasant. Rev. Jones is also survived by great grandchildren, Addison Lentz, Ford Lentz, Stella Webb, and James, Rex, Andy and Eli Brigham.

Rev. Jones was predeceased in death by his parents, his six brothers including Prince, Mayo, Malcolm, Francis, Carlisle and Britt. He was also predeceased by his four sisters including Hallie J. Cox, Billie J. Spivey, Ella J. Mulkey and Foye J. Covington, and one foster brother, Olin Jones.

He leaves behind many loving nieces and nephews.

Phil was an ardent supporter of Wofford College's athletic program and gave generously to help provide scholarships for the Terrier's football team.

The Family of Rev. Jones would like to thank all of the caregivers at the Palmettos Park Lane and Abbey Road Hospice.

Memorials may be sent to:
Wofford College Athletic Program, 429 North Church Street, Spartanburg, SC 29303
Shandon United Methodist Church, 3407 Devine Street, Columbia, SC 29205
Soule’s Chapel Cemetery Fund, 1203 Swintz Ct., Gresham, SC  29456
“May the Lord bless you and me while we are absent from one another."
Love,
Phil