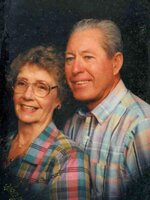 Nita was married to the late Lt. Col. Ray Martin Teems (Ret). She was a wife, mother, grandmother, great-grandmother, sister, and friend to many; including those she and Ray met during his service in the Air Force.  Together, they enjoyed many rounds of golf and bowling.  Nita and Ray loved spending time with their grand and great-grandchildren.

A memorial service will be held Wednesday, January 5, 2022 at 2pm in Thompsons Funeral Home Chapel at Greenlawn Memorial Park, 845 Leesburg Rd. Columbia, SC 29209.  For those who can not attend, a TribuCast will be available starting at 2pm via the following link: https://client.tribucast.com/tcid/5640246890 Family will greet friends starting 1 hour prior in the funeral home.  The burial will take place immediately following the funeral service.  In lieu of flowers, memorials may be made to a charity of one’s choice.