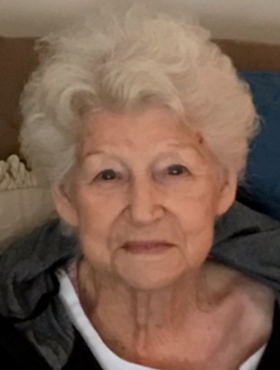 Louise Bass Hagins, 93, passed away Saturday, 8 February 2020, at her home.  Mrs. Hagins, was the widow of Robert L. (Roy) Hagins. She was born in Richland County on 10 September 1926 and was the only daughter of the late Henry Lewis and Mary Alice Mitchum Bass. In addition to her husband and parents, she was predeceased by her brothers, Henry, Ralph (Red), Ed and Clyde Bass as well as a grandchild, Kari Johnson.

Mrs. Hagins was retired from Westinghouse Corporation in 1986 and was proud to have been among the first hired. In addition, she spent 18 years working at the Baptist Hospital after retirement. She was a member of Columbia Chapter No. 59, OES, as well as a faithful member of Lower Richland Women to Women.

Visitation will be held at Thompson Funeral Home at Greenlawn Memorial Park from 11 am - 12 noon on Wednesday, 12 February 2020, with a graveside service conducted by Rev. David Sturgeon immediately following.

In lieu of flowers, donations may be made to the American Kidney Fund.