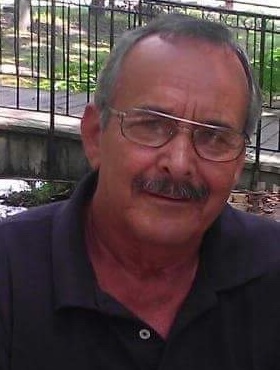 Ronald Fraser Buff Sr. (Ronnie) moved on to live in eternity with his Lord and Savior Jesus Christ on November 28, 2019. Ronnie is the son of William Earl Buff Sr. and Cynthia Higbe Buff born January 15, 1944.

He attended Columbia High School. He grew up in the Elmwood/Earlewood/Eau Claire, etc. neighborhoods until he moved to West Columbia in 1988. Ronnie retired from Winn Dixie where he received his “M.D. certificate” while working in the meat department. Ronnie was the founder of “Expert Wallcovering Installation” and “Ronnie Buff Painting” where he was known for paper hanging and painting throughout the state of SC. His painting business of twenty four years closed in 2011 due to his lung health. Shifting customers to Straight Line Painting where he worked part time after God saw fit to increase his days for six plus years before being diagnosed with Lung Cancer in 2019.

Ronnie was an avid Clemson fan. He enjoyed playing softball on the church league at FCLG until he was 61. He was the best at salvaging commercial renovation trash for home and church improvements. Ronnie was best known for his authoritative demeanor, sense of humor, service, and love for others everywhere, while a member or attending, Taylor Evangelical Methodist Church, First Church of the Living God, Good News Holiness Church, and Fish Hatchery Road Church of God since 1981. In 2019 he became a member of Taylor Street Baptist Church.

Ronnie is preceded by his parents, a brother Lloyd Buff Sr., a niece, aunts, uncles and cousins, etc.

Thompson Funeral Home of Lexington, 4720 Augusta Road, Lexington, SC 29073 is assisting the family. The family will receive friends on Sunday, December 1, 2019 from 5 – 7PM. The Funeral service will be held on Monday, December 2, 2019 at 1PM at the Funeral Home. Pastor Dan Rabon and his cousin Mike Joiner will be officiating.   Burial will follow at Southland Memorial Gardens, 700 W. Dunbar Road, West Columbia, SC 29170 immediately following.